Surveys of individual trees or many hundreds of trees 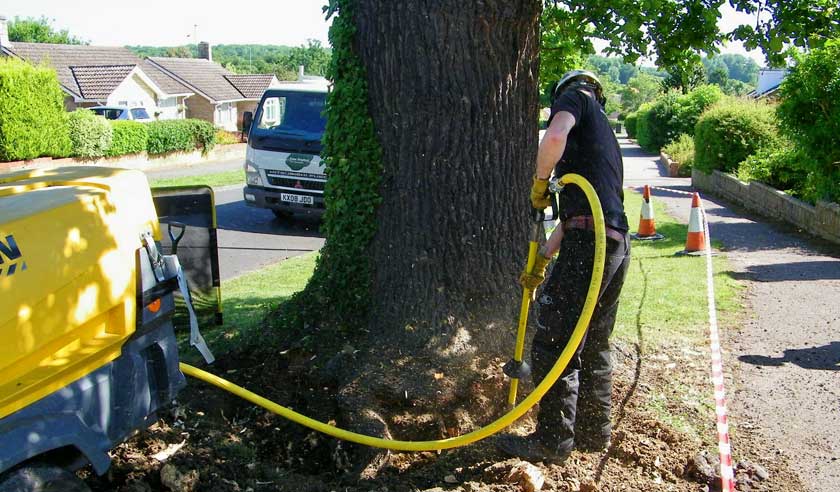 Tree Surveys and Inspections generally include some form of tree risk assessment and will specifically include more general observations and comments relating to tree form, condition and longer term management. All trees within a given area will be surveyed, including young and newly planted.

On larger sites this type of tree survey may include digital mapping to identify the exact location of each tree, in which case GPS equipment will be used. 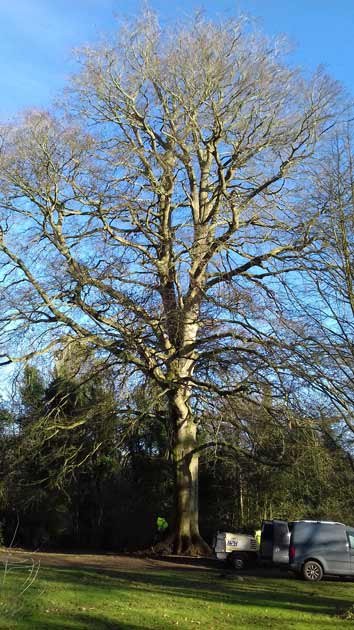 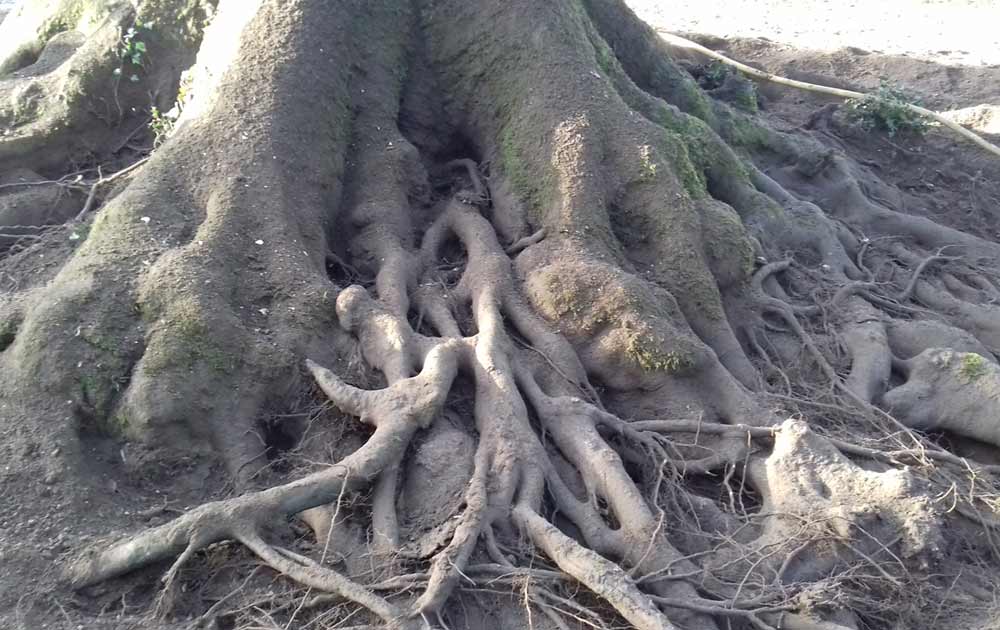 The exposed roots, after using the Air Spade (fortunately, no significant decay was found, and the tree remains standing and intact, much to the relief of the National Trust)

Using an Air Spade® to expose some of the suspect roots of a large and important Lucombe Oak tree, which had been diagnosed with Giant Polypore (root decaying) fungus.

The Air Spade is a specialist excavation tool, used more generally in the construction industry, where conventional, mechanical excavation could damage existing infrastructure (but in this case, tree roots). Arborists are thus able to expose the root systems of trees requiring very detailed examination and assessment, without causing physical damage, other than to the smallest of fibrous roots.

At the conclusion of Lucombe Oak tree project which was diagnosed with Giant Polypore (root decaying) fungus (above movie), it was found that root decay was not widespread, nor significant to the stability of the tree, and hence, no remedial works were recommended to the client, who was pleased and relieved, given the high amenity value of the tree.

Veteran trees will sometimes feature in this type of survey, particularly on historic sites. Such trees require special consideration and sensitive management, not only for their amenity value but for their considerable ecological value.

Download here The Forestry Commission's "Estimating the age of Trees".

In most cases we would adopt a minimal intervention approach to veteran trees, unless there are specific health & safety concerns when we will very carefully consider all possible options, one of which may be to exclude people from the 'target' area. 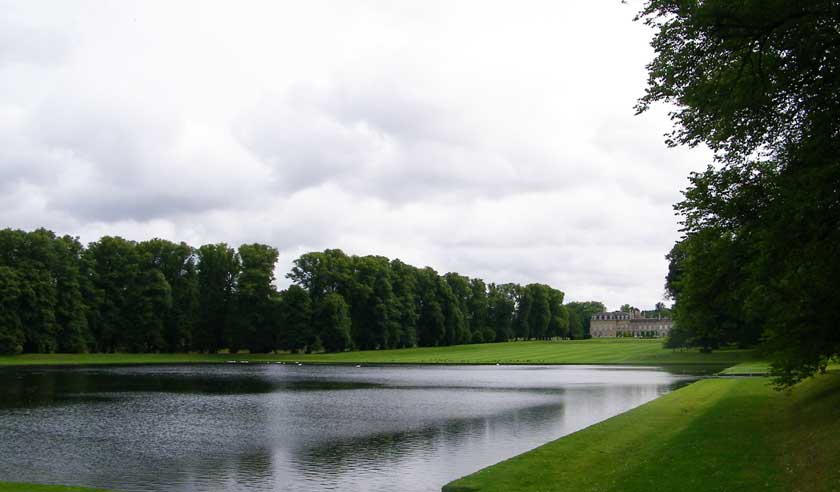 RGS has on occasion used Drone technology, as well as more conventional inspection methods, to assess the upper crowns of large trees…the recorded video can then be studied in detail, and can help to decide if a climbing inspection is justified. 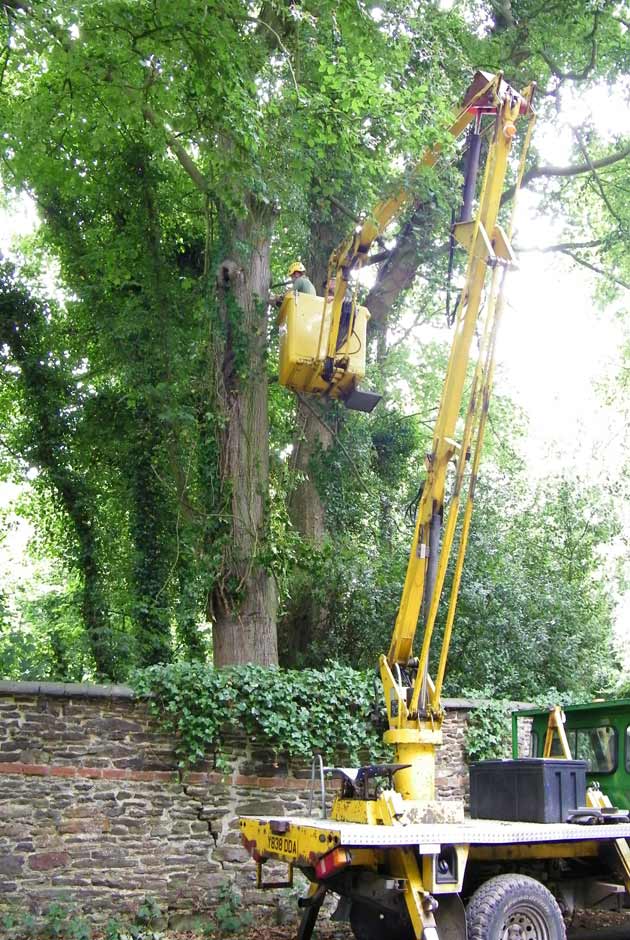 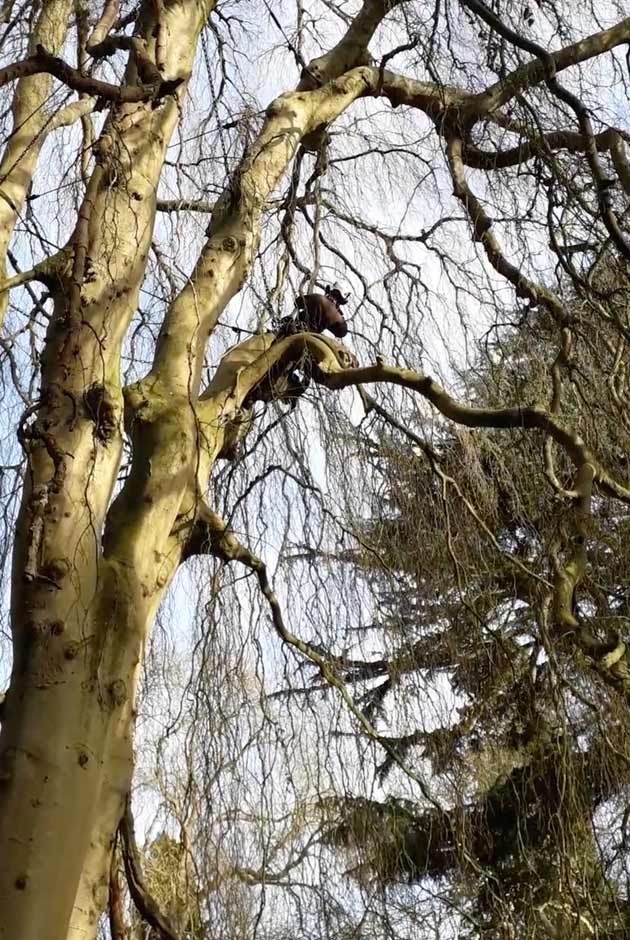